The Power of Sport to Unite People

By richardgilardApril 23, 2022No Comments8 Mins Read 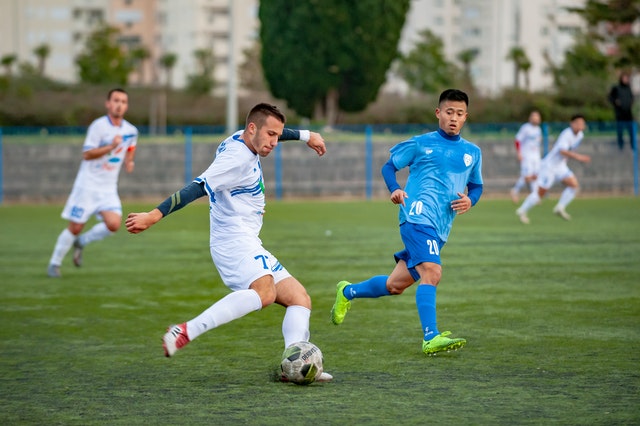 Sports can unite people from different backgrounds through intense rivalry, the Olympic games, or a simple show of sportsmanship. Its universal appeal, as well as its distractions and entertainment value, helps prevent racism and create a sense of commonality between people of all backgrounds. The power of sport to unite people goes far beyond its economic, political, and cultural benefits. It can also help solve conflicts and provide a common source of inspiration.

Sport unites people from a diverse range of backgrounds

The ability of sport to bring people together from different backgrounds is not only due to the physical aspect of the game but also due to the fact that the games often involve the forming of friendships between people. People from different cultures, religious backgrounds, and racial backgrounds can all come together and support their team, making it easy to find common ground. People who have different views on life and politics can also unite because of the common interest in their teams.

Despite the positive benefits of sporting competition, the ability of sport to unite different people from diverse backgrounds has its downsides. There have been numerous cases where the sport has been misused for political and nationalistic reasons. In the Munich Olympics of 1972, Palestinian terrorists infiltrated the Israeli team’s headquarters. After a failed rescue attempt by German police, nine hostages were killed, including two Israeli athletes. For centuries, the Olympic Games have been a forum for nations to make political statements. In 1984, the Soviet Union boycotted the games for security and political asylum fears.

There are also many positive benefits to sport. In addition to bringing people together, it can transform lives. People who participate in organized sports can experience improved mental health, improved confidence, and a greater sense of connection to others. These benefits are magnified in the larger community. Therefore, sport is a fantastic means of building a better community. It can unite a community by bringing people together of different backgrounds.

The ability of sport to bring people from a diverse range of backgrounds has been echoed by the United Nations Secretary-General. He participated in a roundtable on the role of sport in peace and development. His presence and support of these issues show how committed the UN is to this cause. He has established a Special Representative to focus on these issues and has been working with partners to achieve these Cric Gator goals.

It allows them to see past racial lines

People from all backgrounds can come together through sport. Whether they come from different backgrounds or are part of the same race, people from all over the world can bond over their common interest. Their shared passion and interest in sport can encourage them to put aside prejudices and mistrust and come together as one people. The benefits of sport transcend racial boundaries and can be felt not only by the individual but also by the community.

In South Africa, President Mandela saw rugby as a way to reduce racial divisions. Rugby had previously been a unifying force in the country, as players from both sides of the Boer War played together. Mandela later became jailed for 27 years for questioning the apartheid system and was ultimately successful.

In 1995, South Africa’s rugby team won the World Cup on home soil. In an iconic moment, Mandela appeared on the field wearing a Springboks jersey and handed the trophy to the team captain, Francois Pienaar. The gesture became an icon of unification in the country, as did Mandela’s embrace of Pienaar, the blond captain of the Springboks.

While many people feel that sport and politics should remain separate, many governments use sports to drive agendas and ideas. In many cases, the simplest way for a government to achieve its goals is to use sports as a platform to communicate ideas to the public. If that doesn’t work, the next best thing is to keep the two separate.

It builds similarity by bringing them to one place

Sports have the power to unite people from different races and cultures. Sport transcends all divisions, breaking down stereotypes that keep people separated. It unites people from different cultures and races as one through a shared love of the same sport. In fact, the sport has a way of uniting even the most racially divided countries. If you’ve ever watched a game, you’ll understand what I mean.

The power of sport is especially strong when disaster strikes. While sport is effective at bringing people together, its unifying power diminishes as groups get larger. Nonetheless, even the most politically divided countries can unite by watching sports games and watching their favorite team. This can be a valuable way to foster understanding and cooperation between people, while avoiding the complexities and controversies that come with conflict.While sports may not be the best tool for building better relations between people, they can create friendships. In times of war, sport can provide a respite from the chaos and violence. Unlike other forms of conflict, sport does not require language. This makes it possible for people from different nations to become better friends. This allows people from different cultures to see each other for who they truly are.

As we live in a world of polarization and division, sport is a universal force that unites people from all over the world. The World Cup is an example of this. Sport has the power to bring people from the most diverse countries together, and it can unite people in conflict-ridden areas. The UN divides the world into 10 regional groups. There are numerous rivalries between nations and sports have the power to unite people.

It immunizes itself against racism

The integration of sports has been instrumental in confronting instances of racism and intolerance. Local and national sports organizations have embraced equality values and built laws against racism and discrimination. Throughout history, the sport has immunized itself from racism by providing an environment in which results are equally valued and fair. As a result, the sport has become a vehicle to foster total equality, a society that does not differentiate based on race, gender, religion, or social status.

While sport is not without its share of racism and intolerance, it has the potential to unite even the most polarised countries. Many African countries have reacted with great apprehension to the recent reports of racist incidents. The legacy of colonialism and racism in Europe’s footballing system is still visible today, with the talent drain from Africa manifesting itself in unscrupulous agents and illegal immigrants.

In Europe, FARE has partnered with clubs, national associations, players’ unions, and public institutions to develop a range of initiatives for tackling racism and discrimination in sport. The network includes over 300 grass-root organizations in 37 countries. The Vienna Institute for Development and Cooperation (VIDC) serves as the central coordination body. A number of European countries have adopted legislation limiting the number of migrants and foreigners on football clubs and stadium boards.

The Olympic Games in Tokyo have been postponed because of fears that the Games will be boycotted by racist fans. The boycott of the Olympics by racist fans demonstrates how sport can help people overcome their prejudices and become active participants in society. The Olympics, like other Olympic events, should be open and inclusive. For this reason, the sport has the ability to unite even the most divided nations and immunize itself against racism.

It promotes inclusion for people with disabilities

While sport can diverse groups together, its inclusion benefits are overlook. However, sport can be a powerful tool to promote inclusion among vulnerable groups, including people with disabilities and women. For this reason, sports advocates are working to improve economic inclusion and promote unity among people with disabilities. They also seek to improve the quality of life for these people by empowering them through gainful employment.

Through sport, people with disabilities have a chance to regain contact

with the outside world and recognize as a full members of society. In the 1950s, the role of sport in spinal

Guttmann and develop procedures. A major benefit of these visits was the increased visibility of

sport as a vehicle for promoting inclusion for people with disabilities.

Across different disciplines, sport can use to promote inclusion. Inclusion includes the participation of people with disabilities in the planning, implementation, monitoring, and evaluation of sports. Increasingly, organizations are recognizing the role of sport in developing inclusive communities. People with disabilities want to be included in all aspects of the sport, and sport can help them achieve this. However, disability inclusion is not always easy.

widely acknowledged, sustaining such programs is challenging. It takes time and persistence to

overcome the various contextual, cultural, and environmental barriers that hinder the participation of people with disabilities. It is important to provide the right motivation and support to ensure the long-term sustainability of these initiatives. If you want to improve inclusion for people